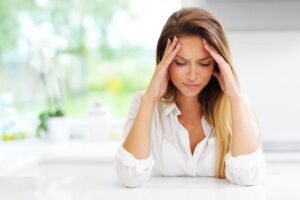 It is normal for menstrual bleeding to be heavy. But if your daily routine gets hampered, there could be a problem. This is knows as abnormal uterine bleeding.

Some of its symptoms are:

Hormonal changes are the main culprit here. However, there are other reasons that can cause abnormal uterine bleeding:

Note that abnormal uterine bleeding is majorly seen in teenagers and in those approaching menopause. During these situations, hormonal fluctuations are at their peak.

The first thing you should do is approach a good fertility clinic, such as NCCRM. Doctors there can tell you exactly what you need.

For treating this condition, our doctors would go for:

Birth control pills: These contain hormones that prevent the uterine lining from thickening. Your menstrual cycle becomes regular and cramping reduces. But remember, the progestin-only pill (aka mini pill) may cause heavy bleeding. Notify the doctor if the pill doesn’t work.

Intrauterine device (IUD): Doctors insert this small, plastic device in your uterus for preventing pregnancy usually. But at times, they also prescribe this to treat abnormal uterine bleeding because some release hormones.

D&C (dilation and curettage): Through this procedure, doctors insert a surgical tool through your cervical opening. Using that, he or she scrapes away your uterine lining, which is then given for testing. The procedure is done when you are under general anesthesia and also treats heavy bleeding.

Endometrial ablation: A surgical process where your uterine lining is destroyed using heat, cold, electricity, or laser. Your period can get halted and you may not get pregnant.

Hysterectomy: Your uterus is surgically removed, leaving no period and no potential for pregnancy. It’s a major surgery and is usually opted for when all the other treatment options have been exhausted. Doctors also go for this when you have endometrial or uterine cancer or large fibroids.