Our Practice SCHEDULE A CONSULT

Dr. Sameh Toma is one of the most experienced fertility doctors in the Raleigh area, specializing in Tubal Reversal Surgery and In Vitro Fertilization. He graduated from North Carolina State University with a Bachelor Degree in Science in Electrical Engineering. He then graduated from the University of North Carolina, Chapel Hill School of Medicine and completed his residency there as well. During his residency, he conducted significant research and published several articles regarding infertility, endometriosis and fetal wellbeing. His most significant training came under the late Dr. Luther Talbert, Fellowship Director for Reproductive Endocrinology at UNC-Chapel Hill. Dr. Talbert was well known across the state of North Carolina as he trained the majority of obstetricians and gynecologists during his years at UNC.  In the early 1990’s Dr. Toma, Dr. Gerald Mulvaney and Dr. Talbert left UNC-Chapel Hill to open the North Carolina Center for Reproductive Medicine. Together, they created the most prolific and successful fertility clinic in the region. For twelve years, Dr. Toma worked side by side with Dr. Talbert on hundreds of patients being treated for infertility.  That intimate training allowed Dr. Toma to take over as Medical Director of the North Carolina Center for Reproductive Medicine, per Dr. Talbert.

Dr. Toma also specializes in tubal reversal surgery.  Tubal anastomosis is a surgical procedure which can restore the function of fallopian tubes which have been blocked by a previous sterilization operation.  Using expert micro-surgical techniques, Dr. Toma  employs microscopes to visualize and bring together the narrow portions of the fallopian tubes.  Your choice of provider for Tubal Reversal Surgery is critical because this decision will alter your family’s future.  A patient searching the internet  for the very best microsurgeon to do this procedure should evaluate proven credentials, years of training, years in practice and success rates. These are the criteria that reveal a provider’s commitment to excellence.  Dr. Toma has performed successful Tubal Reversal Surgeries for two decades and has perfected the technique.

Dr. Toma also has used his engineering and medical expertise to develop color ultrasound. He also designed the state-of-the-art laboratory at NCCRM. It’s similar to a micro-elect clean room providing the cleanest air environment for embryology. This is a major reason for the high pregnancy success rates enjoyed at the facility.   Dr. Toma actively serves on several expert forums for pharmaceutical companies that produce fertility medications.  He also is conducting research projects with these pharmaceutical companies that focuses on predicting the most viable embryos by testing the culture media, as well as a study on egg freezing, a new development in the field of reproductive medicine. In addition, Dr. Toma is the President of Rex Surgery Center of Cary, an outpatient surgical center affiliated with Rex Hospital. 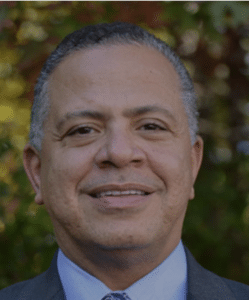