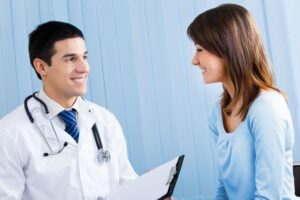 Hysterectomy, a common procedure, involves removal of the uterus through a surgery. Specialists at NCCRM may also get rid of surrounding organs, like the fallopian tubes and cervix.

Many women suffer from heavy bleeding and/or pain due to reasons like painful, heavy periods, endometriosis, or uterine fibroids. They may opt for a hysterectomy to resolve these issues.

Minimally invasive hysterectomy, or MIH, is when surgeons do the procedure using laparoscopic techniques. This is beneficial for women because:

The Five Types of MIH

Experts rank vaginal hysterectomy right on top when it comes to MIH. That’s because it involves the least risk and cost. It is an original, natural orifice surgery. However, at times VH is not an option if the size of the uterus and/or vagina aren’t suitable.

Surgeons make a tiny incision in the navel and abdomen. Through that, they insert surgical instruments and a laparoscope. They remove the uterus through one of the incisions. This surgery doesn’t require much and a patient gets discharged in a day.

Here too, doctors release a woman within 24 hours, similar to LSH. The process is also similar to LSH, with the only difference being that the entire uterus, which also consists of the cervix, is removed through the vagina.