Our Practice SCHEDULE A CONSULT 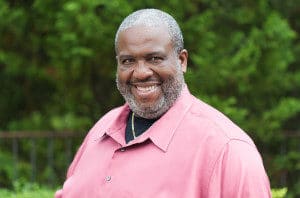 It is with the heaviest of hearts that we announce the sudden death of our beloved Dr. Gerald Mulvaney. For decades, Dr. Mulvaney served thousands of women across the Triangle as their OBGYN and fertility specialist. His compassion, humor, bright smile, and heartwarming voice will always be remembered, along with his renowned clinical expertise.

Over his expansive career, Dr. Mulvaney pioneered many surgical procedures, like tubal anastomosis and other gynecologic treatments, to improve women’s health and build families through innovative fertility treatments. He was a champion of infertility and reproductive technology, and sought to bring the dreams of countless couples to fruition through a tireless dedication to reproductive health research and practice.

A North Carolina resident since 1982, Dr. Mulvaney took a position as the Interim Director for the WakeMed OB/GYN Teaching Service in 1985, then Associate Director in 1987. He co-founded the North Carolina Center for Reproductive Medicine in 1991, as well as Triangle OB/GYN in 1992, later to become Triangle Physicians for Women. Dr. Mulvaney was incredibly proud of the commitment to care that runs deep through his practice members’ rapport with patients.

Although Dr. Mulvaney was always one of our patients’ most beloved fertility physicians, many also remember Dr. Mulvaney for his other talents as a photographer, counselor and most notably, lead singer of his popular reggae band, Jamrock, one of the most respected Jamaican musical groups in the Triangle.

Dr. Mulvaney was the proud father of Graham, Shannon, LaKevia Evans, Jose Vega and a devoted grandfather to his grandson, Bryce Evans. He was happily married to Wanda, who shared many adventures with Dr. Mulvaney over their years of marriage. Their beautiful personalities together were always so infectious, lighting up any room they entered.

Dr. Mulvaney will be sorely missed by everyone who knew and loved him.

Dr. Talbert was a pioneer in the field of obstetrics and gynecology, complex gynecological surgery and in vitro fertilization and is credited with the first successful IVF in North Carolina. He completed his medical degree, internship and residency at the University of Virginia. During his career, Dr. Talbert worked with Dr. Bob Edwards, who was one of the physicians who spearheaded the procedure that led to the 1978 birth of the first IVF baby in the world, Louise Brown. He also was instrumental in forming the medical board for certification in reproductive endocrinology, of which he became the first physician to earn the subspecialty certification.

Dr. Talbert was on the UNC faculty for 34 years and established and directed the in vitro fertilization program for 10 years. Along with Dr. Sameh Toma and Dr. Gerald Mulvaney, he founded the North Carolina Center for Reproductive Medicine, which was later renamed, The Talbert Fertility Institute. Dr. Talbert has authored numerous books and journal articles and was well known by his colleagues worldwide. He served in a vast number of leadership positions during his professional career that included Director for the Division of Reproductive Endocrinology for the American Board of Obstetrics and Gynecology.

On November 2, 2003 Dr. Talbert was awarded The Order of the Long Leaf Pine by Governor Mike Easley for his commitment to women’s health and his service to the state of North Carolina. Dr. Talbert was a tribute to the field of surgery and medicine. He was a staunch advocate for women’s health and a hero to many. He was a teacher…..a mentor…and friend.

We remember Luther M. Talbert with respect, admiration and love.